Skip to content
A few weeks ago, the US Supreme Court ruled for marriage equality.
In response to this a lot of people, something like 26 MILLION changed their Facebook profile picture to have a rainbow filter.
Including me. 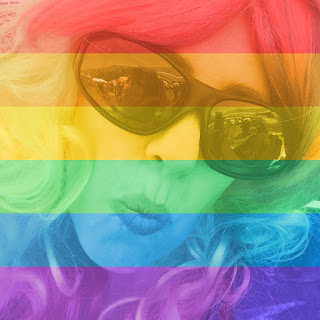 Over the next few days I found myself smiling to myself as I scrolled through my feed and saw all the pretty rainbows. I also noticed that my feed was full of love, support, celebration… and I started to wonder.
Of my over 500 “friends” on Facebook, were there any that weren’t happy about the Court’s decision? Were they being quiet? Was FB keeping their negativity out of my feed? Did they even exist?
What I realized, upon closer inspection of my friends list, was that I had, over the course of the past few months, unfriended  most of the people in my life who aren’t LGBT friendly.
I also had unfriended people who make rape joke memes and those who are racists.
Which means, my feed is pretty darn liberal, leftie, pro vaccination, pro democrat, and only a tiny bit religious.
This got me wondering… am I in an echo chamber? When I post something political (rarely but with increasing frequency) I do so knowing that most of the people that see it will agree with me… and those that don’t will either keep quiet or be shouted down by those that do if they dare to speak up on an ensuring thread.
Honestly, I am conflicted.
I like saying that I have friends from a variety of walks of life. I like pointing to my conservative friends and saying things like “there is a lot we agree on” but it seems that the things we don’t agree on are so divisive that they lead to big blanket statements that in turn lead to lines in the sand and to alienating people on the “other” side.
Case in point:
Sandy Hook.  After the tragedy of Sandy Hook I posted something along the lines of “If you think the Sandy Hook happened because we stopped having organized prayer in schools , please undfriend me because I find that sort of opinion totally without merit.”  I noticed I lost three friends after posting that,.
Later I heralded: “If you think Obama is a Muslim terrorist or that there is such a thing as “real vs fake rape” please unfriend me or let me know so I can unfriend you.”
Again, a few more people disappeared off my friends list.
And even: “If you think that 50 Shades of Grey is romance, the sort of relationship we should ascribe to, or not problematic, please let me know so that I can make sure to question your other opinions and never allow you to watch my child”
or words to that effect.
So now, now I have a feed full of things I mostly agree with and full of people I mostly trust and respect. There are a few under the radar types but in general I feel this is the case.
And for the most part, I am glad. It makes my use of FB far more enjoyable.
But it also puts me in an echo chamber and I sometimes forget that there are people out there who think that rape jokes are funny, that racist doochbags still spout hate, that people think it is OK for a county clerk to not do their job.
It is nice in my echo chamber, but it isn’t the real world.
And I don’t know how to deal with that.