Posted on the GCV blog…. 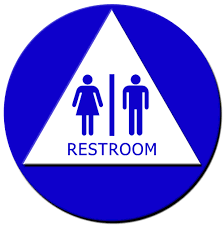 Remember AB 1266? It is the first-in-the-nation law that allows transgender children access to sex-restricted facilities and programs based on the gender they identify with, rather the sex they were born into. It was signed into law by California Governor Jerry Brown on August 12th and takes effect on January st.

At least that’s the plan.
But the law, which has drawn fierce criticism and wringing of hands from Conservatives from the get go, might be short lived.