Skip to content
I’m in the grocery store with Ella. Our cashier is a young guy, early 20s, white, friendly. I have seen him several times because Ella and I go to the store multiple times a week. (Don’t judge, mommy needs her walk.)

Anyway, he smiles at me and then he says something along the lines of “Your baby is really cute.”

Quick Humble-Brag moment: My baby is cute. Very cute. I can’t go anywhere without people stopping me to tell me so. Really. /end Humble-Brag.

“Thanks” I say, distracted by the credit card machine.

Ok, I know this is a fairly typical question. I get it a lot. It is right up there with “How old is she?” BUT, but I still find it slightly odd. Do strangers normally ask my name? No (thankfully). Why ask her name? 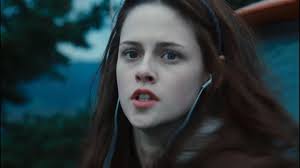 He still looks blank, so I clarify further, “You know, like Ella Fitzgerald.”

He looks blanker still, but he smiles anyway, “Oh, I don’t know her. What’s she been in?”

“She’s not an actor,” I say feeling both flabbergasted and annoyed, “She was a musician.” 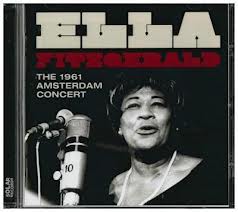 The Rastafarian man in dreads is now also smiling at me. “Hey man, I think it’s cool that you named your baby after Ella Fitzgerald.”

I debate correcting him, we didn’t name her after Ella Fitzgerald, they just both have the same name, but before I can he cranes his neck around and takes a good long look at her.

She, oblivious to this whole thing has been lounging in her stroller casually eating Puffs and watching the world go by with a look of apathy. She’s bored by shopping and adult conversation apparently.

Let me just say here that both Matthew and I are pale pale white people. And Ella, Ella is the palest of all because I smother her in sunscreen when we take the trash out. You don’t want to see the amount she gets covered in before an actual walk.

Also, what the hell?

“I blink stupidly at him for a second. “No… her daddy’s a big tall German.”

As I push the stroller away he calls out after me, “That’s ok, it’s still cool that her name is Ella. Bye Ella!”

Ella just smiles her toothy grin and pops another Puff into her mouth.

She wasn’t just any old singer, by the way, she was a GREAT singer.

Ella Fitzgerald (April 25, 1917 – June 15, 1996), also known as the “First Lady of Song“, “Queen of Jazz“, and “Lady Ella”, was an American jazz vocalist[1] with a vocal range spanning three octaves (D♭3 to D♭6).[2] She was noted for her purity of tone, impeccable diction, phrasing and intonation, and a “horn-like” improvisational ability, particularly in her scat singing.

Fitzgerald was a notable interpreter of the Great American Songbook.[3] Over the course of her 59-year recording career, she sold 40 million copies of her 70-plus albums, won 13 Grammy Awards and was awarded the National Medal of Arts by Ronald Reagan and the Presidential Medal of Freedom by George H. W. Bush.