Skip to content
Things I was asked today while I was out and about… aka Why I need to not leave my headphone at home while out in public.
(I had to go across town to pick up a pay check.)
Are you gay?
This was asked by a blond man as he gestured to my rainbow bracelet. Upon being told “I’m an ally for the LGBT community.” He sneered, called me a “queer-lover” and changed seats.
Do you want some?
This from an elderly man smoking pot at a bus stop. The offer seemed genuine. I declined and he shrugged. I watched him for a while, reclining in the sun, a look of satisfaction on his face. I almost envied him. Until the bus came and he became confused, paranoid, and ended up running in the opposite direction. 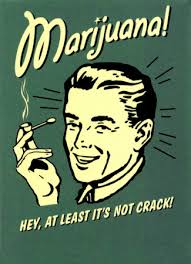 Which way to 99?
This was asked by two middle aged women in a red sports car while I waited at a traffic light. Thanks to the magic of google maps and my gps, I was able to help before the light changed. Good deed done for the day!

Ass or Nut?
There was, apparently, an odor on one of the busses I was on. (I didn’t notice it, but apparently I was in the minority.) An impromptu survey was administered by two rather vocal youths as to whether or not the smell was of “Ass” or of “Nut” The “Nut” contingency was quick to explain that they meant “Seaman” and not, say, cashews or almonds (a distinction appreciated by those of us who upon hearing the word “nut” do tend to think of pecans and macadamias before male genitalia). I refrained from casting a vote.
All in all, a rather eclectic bit of adventure for a four mile bus ride.
Happy Friday!