.. but the internet seems to be holding steady for now. Which is good because there are so many things to share with you today!

First off, I caught a bit of this interview over the weekend via the hotel room’s HBO and had to share it with you. Brad Pitt is pro gay marriage, pro legalization of pot… and not a big fan of religion.

The article is here or you can watch it below:

In today’s news of “Well, duh!” we have the following: A report from Pear Research finds 40 percent of tweets on the popular social networking site Twitter fall into the category of “Pointless Babble.”

Well, sure… maybe a lot of people put random stuff on their feed… MY feed, on the other hand, is chalk full of vital information! Like… umm… well… ok, point taken.

Another “duh” article: Chewing tobacco is not any safer for you than smoking it.

A study has found that taking one pinch of smokeless tobacco delivers the same amount of polycyclic aromatic hydrocarbons (PAHs) as smoking five cigarettes.

PAHs are common environmental contaminants that are formed as a result of incomplete burning of wood, coal, fatty meat or organic matter, according to information in a news release from the American Chemical Society. For instance, PAHs form during the grilling of meats. Some are known carcinogens

Obama has explicitly stated his support for the abolishment of DOMA.

From politics to Hello Kitty! Thanks to Stacy, the Hello Kitty House!

Here is something very very cool from The Maifan-San.

Cylinder recordings, the first commercially produced sound recordings, are a snapshot of musical and popular culture in the decades around the turn of the 20th century. They have long held the fascination of collectors and have presented challenges for playback and preservation by archives and collectors alike.

And now you can listen to them! Because… what’s a better way to start your day than by listening to music that is almost 100 years old? You can download MP3s or tune into the streaming radio station. Pretty nifty eh?

And lastly, Dr. Who cakes! (to see more, click the link) 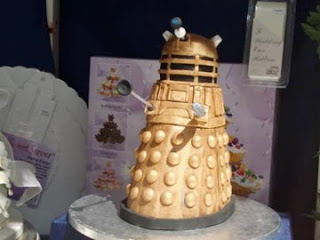 Hope you had a great Monday!